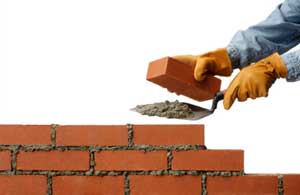 This week I will be looking at the foundational readings for INFO 287. Each reading expresses something different but equally important as we begin exploring the hyperlinked library this term. Michael Buckland’s work, written in 1992, shows how successful the library industry as a whole was in implementing a new, emerging technology (personal computers and an always on internet connection) during the transition from a print to digital industry. Library 2.0: A Guide to Participatory Library Service was written by Michael Casey and Laura Savastinuk in 2007, and explores a new age of information professional; one in which we are no longer gatekeepers of knowledge. In fact, if we continue thinking we can operate under a one way communication to our users, we will quickly lose our place to more accessible sources of information like <gulp> Wikipedia and Google! Finally, Brian Matthew’s paper, Think like a startup, pushes the envelope for information professionals. Mathews gets the reader to think outside the box and take risks because, as he says, “innovation is messy” (p. 3).

During this blog post, I am choosing to focus primarily on Michael Casey and Laura Savastinuk’s work, Library 2.0: A guide to participatory library service, as it really made me think about technology in the library and ensuring that our services connect with users. Casey and Savastinuk argue that libraries are currently in the midst of re-evaluating the services that they provide. Much like the web 2.0 environment, library 2.0 becomes less about what the library can provide to their user and more about what the user can provide to themselves (Casey & Savastinuk, 2007, p. xxii).

During my first term at San Jose State University I took LIBR 200 Information Communities. While researching my final paper I found a wonderful quote in an article called “Why federated search” written by Annemarie Curtis and Daniel Dormer. In the article they interview several academics, one of whom responds to this traditional way of library service by stating, “[L]ike it or not, Google and its competitor search engines have created a model that librarians, as information professionals must meet head on. It’s time for librarians to accept that library users are not interested in being more like us” (as cited in Curtis & Dormer, 2005, p. 35). I think that this quote can be applied to any industry but it is particularly important to libraries and in a web 2.0 world. Libraries can be poised to take advantage of these participatory tools in order to meet our users’ needs head on.

Although it is easy for libraries to be blinded by the idea of new technology and think that it can fix any problem, we must be wary of investing too many resources (both money and staff time) into new technology without fully researching it (Casey & Savastinuk, 2007, p. 50). Libraries should avoid “fall[ing] prey to what Michael Stephens refers to as technolust—an irrational need to have new technology, whether or not your library really needs it. There is almost nothing worse than spending big money on a new technology, only to see it sit gathering dust in the storage closet six months later” (Casey & Savastinuk, 2007, p. 50).

I am currently struggling with this problem in my own institution. Carleton University MacOdrum Library has started purchasing new and emerging technology for its Emerging Technology Lending Library. In order to promote some of the new technologies I look for projects around the library, using the technology purchased for the collection. This does two things, it shows that our library is innovative and trendy as well as acts as a promotional tool for the emerging technology.

But when does looking for projects for these new technologies become, as Prof. Stephens says, ‘technolust’? According to G. Edward Evans and Camila Alire in their book Management basics for information professionals, libraries are not as backwards as some people might think, sometimes adopting new technology too quickly, long before the technology is ready for the mainstream. This results in lost money, time, and effort trying to be on the ‘bleeding edge’ of technology (Evans & Alire, 2013, p. 458). While this may be true in public and school libraries (since the needs of the users are on a much more functional level) I am struggling with this idea in academic institutions, where in some ways, we need to give our users access to all kinds of technology, even if society deems it a ‘failure’.

I am hesitant to use the word failure here for a few reasons. As an advocate of informal learning, I think that failure is a very important part of the learning process. So even if technology gets deemed a failure by society and doesn’t hit the mainstream ‘consumer’ level, it gives a user an idea. At the academic level, students have the skill set, tools, and instructors who can advise them to build upon past technology, or better yet, create an improved version of the technology, building improvements upon its design. Steven Kurti, Debby Kurti, and Laura Flemming address this in their article called “The Philosophy of Educational Makerspaces Part 1 of Making an Educational Makerspace.” In their article they discuss failure, stating “‘[I]t’s OK to fail. In fact, we encourage what most of society calls “failure,” because in reality, it is simply the first or second or third step toward success. No amazing innovation is created on the first try. Truly paradigm-shifting technologies and devices are the outgrowth of many iterations”’ (para. 16).

I think that the ideas of library 2.0 and technology are so closely connected that they should be viewed together. In talking with faculty at my institution they want new technology so that their students can explore, collaborate, and create. The problem comes in changing the mindset of management and getting them onboard with a new technology and users’ needs for the future. In our case, that means exploring new emerging technology so that our graduates have experience with some of the newest technologies when they enter the job market. We also need to change the mindset of “failure” in academic institutions. Just because a technology doesn’t become mainstream doesn’t mean it has failed. Library 2.0 and makerspaces can provide users a safe place to experiment, learn and fail, but to do so in a safe space that allows them to turn that failure into success. If libraries don’t inspire our users to explore and learn we are the ones that have failed them.

Gillmor, D. (2006). We the media: Grassroots journalism by the people, for the people. Beijing; Sebastopol, CA: O’Reilly.

Keen, A. (2007). The cult of the amateur: How blogs, MySpace, YouTube, and the rest of today’s user generated media are destroying our economy, our culture, and our values. New York: Double Day.