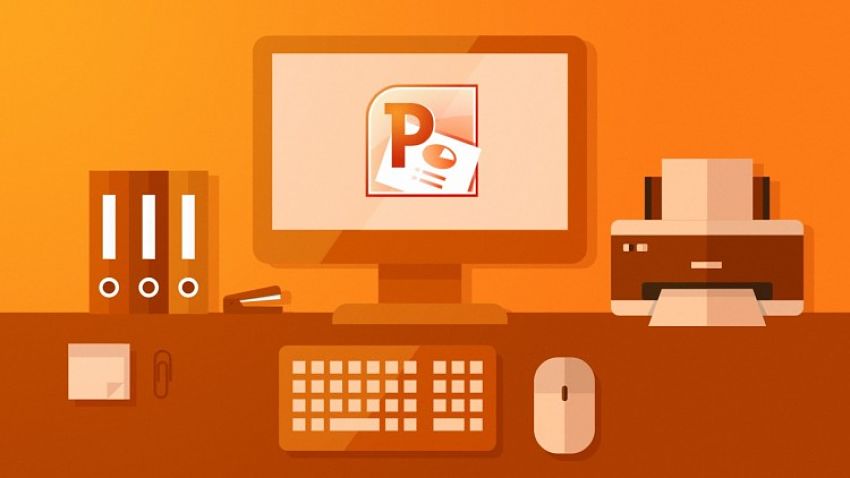 To play the full game, download and run the PowerPoint presentation on your PC.

Get the file from Dropbox here

Why did I create the game the way I did?

I created a scavenger hunt game using PowerPoint, which allowed students to search all five floors of Carleton University Library. When I was creating my scavenger hunt I drew on the readings that I had used to create my assessment tool in the weeks leading up to creating the game. First, I applied elements of game design from Kapp’s (2012) chapter It’s in the game: understanding game elements. In particular, I drew on Kapp’s writing about goals. According to Kapp, the inclusion of goals adds purpose, focus and measurable outcomes (p. 28). I also tried to include secondary goals. As Kapp argues, “achieving the goal of a game means the game is over. So a number of smaller goals leading to a larger goal are important in providing sustained play” (p. 28). I included secondary goals by hiding bonuses in the game. These force the player to explore the entire game world (in my game, all the floors of the library). In chapter 3, Theories behind gamification of learning and instruction, Kapp explores the power of motivation in games. I tried to apply the idea of extrinsic motivation to my game. According to Kapp (2012), extrinsic motivation is when a specific behaviour is undertaken to obtain a reward or avoid punishment (p. 52). The goal of my scavenger hunt was to accumulate points as quickly as possible. I hid many bonus points (and even some negative points) throughout my game. I was hoping that the players would be motivated to get as many points as possible, but I also wished to motivate players to explore the game more with the inclusion of bonus points. Finally, drawing on the writing of Leaning (2015), I wanted to apply game mechanics to learn about the services offered in the library. I wanted players to move beyond surface learning or the gaining of a superficial understanding of a topic (p. 160). By applying game mechanics to learning about the library building and its services, I hoped to encourage deep learning. According to Leaning (2015), deep learning is a more profound and critical understanding where students gain awareness of the structures, main ideas, principles and forms of successful application of their knowledge (p. 160).

What do I think worked well?

I thought that the PowerPoint platform worked well in creating a scavenger hunt game. Although I knew PowerPoint had this functionality (I have used it to create Jeopardy-style games for work events), I never considered using it to create a scavenger hunt game. It allowed me to make my library available in a virtual environment and it worked well in this format. Reflecting on this week’s modules, I found that I embody the joker personality of play and I thought this showed in my game. One of my biggest criticisms of scavenger-hunt-style games is the lack of depth within them. I took that criticism and my ‘joker’ personality and buried within the game many hidden bonus points. My intention was to foster creativity and investigation through exploration. This also created a secondary goal for players to explore. The idea was that it forced people to try different things within the game. If you know my personality/humour, it might give you a clue about the type of easter eggs or hidden points in the game. Moving forward, I want to try and push the boundaries of creating fun and interesting games. I want to take more risks, even if the game isn’t ‘perfect’ when I release it to my peers for playtesting.

What challenges did I face? and how did I overcome them?

Given the time constraints, I thought my game turned out polished. The biggest challenge in creating this game was letting go; I found it so hard to put my game out in the world for people to play. When I was getting ready to submit my game for peer review, I found myself reflecting on an article I read by Brian Mathews (2012) in the Hyperlinked Library course with Michael Stephens, called Think like a startup: A white paper to inspire entrepreneurialism. In this article, Mathews discussed two ideas that resonated with me this week: fail faster, fail smarter and good enough is good enough to start. According to Mathews, investing too much time in something that doesn’t work is a common startup mistake (p. 5). Instead, Mathews argues that we should look to validate our ideas early on and then expand, edit, and revise them along the way (p. 5). Mathews also states that new ideas are exciting and we can quickly shift to the mindset of “it’s just not ready yet”. Yet, this kind of thinking often inhibits success. According to Mathews:

Get it into others’ hands and see what happens. If you are too hung up on creating policies and procedures, workflows and logistics, wordsmithing and committee debates then your idea doesn’t stand a chance. The project will stall out before you can even find out if it’s worth all the effort. When it’s good enough, go with it. Build upon success. That should be your initial objective. In the business lit, they call this the minimum viable product. In Web 2.0 the motto is: everything is beta.” (p. 5)

After reflecting on Mathews’ article that I was able to push through my initial fear of letting go and to put my game into the hands of my peers to playtest. This was the most challenging part of creating this game.

Kapp, K.M. (2012). The Gamification of learning and instruction: game-based method and strategies for training and education. Retrieved from: http://discover.sjlibrary.org/iii/encore_sjsu/record/C__Rb5018864

Leaning, M. (2015). A study of the use of games and gamification to enhance student engagement, experience and achievement on a theory-based course of an undergraduate media degree. Journal Of Media Practice, 16(2), 155-170. Retrieved from: http://libaccess.sjlibrary.org/login?url=http://search.ebscohost.com/login.aspx?direct=true&db=ofm&AN=108697960&site=ehost-live&scope=site

Mathews, B. (2012). Think like a startup: A white paper to inspire entrepreneurialism. Retrieved from https://vtechworks.lib.vt.edu/handle/10919/18649

In game photos by Ryan Tucci

Photo by Максим Степаненко on Unsplash