Gamers are using technology every time they play a game, whether they play on a personal computer, console, or mobile device. But the act of gaming is not the only aspect of gaming that makes use of technology; it is also used to share information with the community. This technology encompasses both computer hardware and software and allows them to transcend their geographical limitations and share their experiences, knowledge and expertise globally from the comfort of their homes. I had the opportunity to sit down (virtually) with a member of the gaming community and discuss the current technological landscape in gaming.

My interviewee identified the need for a gaming rig. A gaming rig is a term used to describe a personal computer primarily dedicated to playing video games, and often has very powerful specifications. Having a powerful gaming rig ensures that you can play the most current games on the market that demand high performance systems. When asked about Minecraft specifically, my interviewee noted that a powerful gaming rig is not required, since the game is not very resource intensive. This makes Minecraft more accessible to users by allowing younger users to play the game on the family’s home computer. 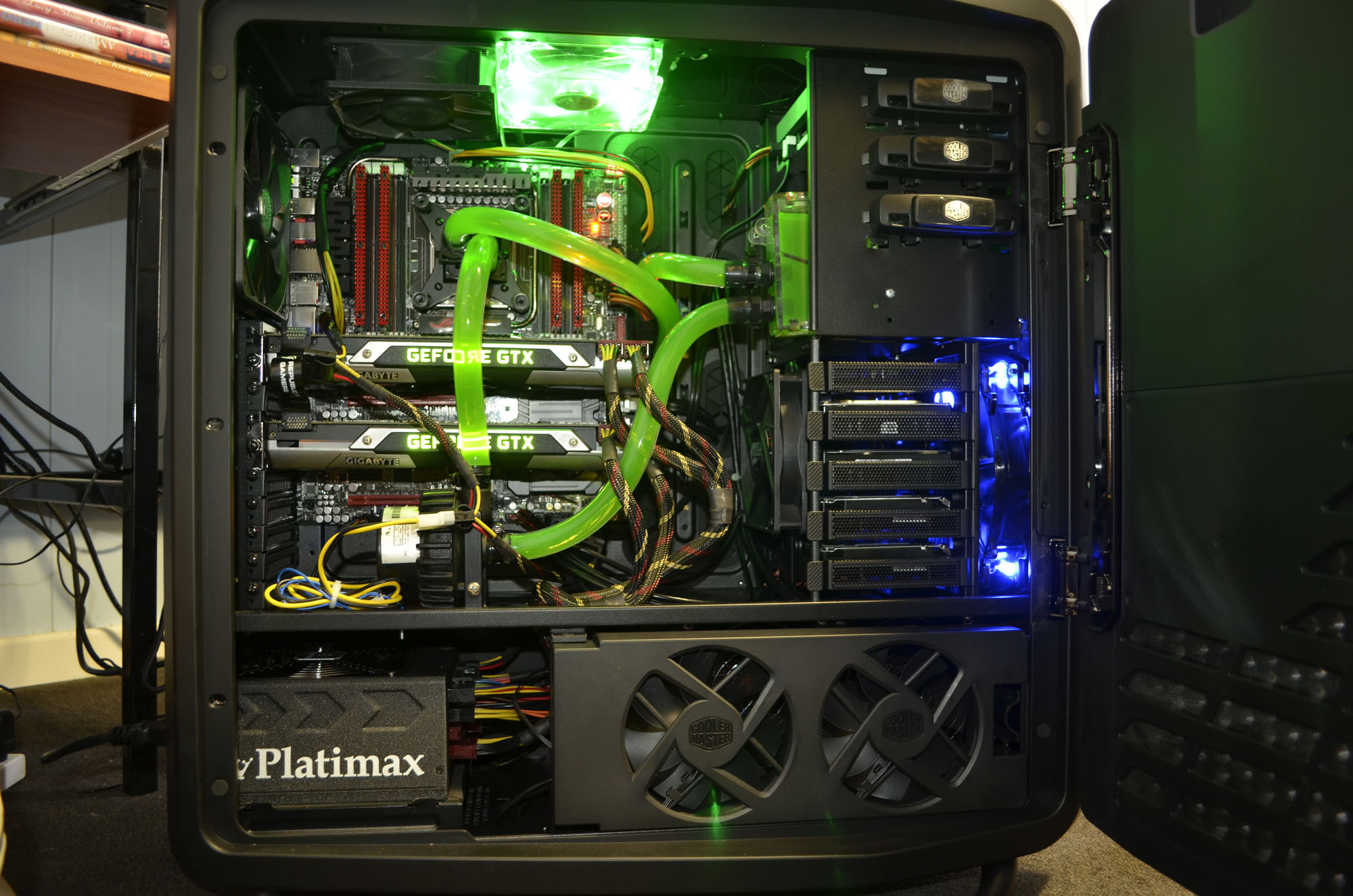 When thinking about building a gaming rig it is easy to start imagining top of the line components that will set people back thousands of dollars. However, this isn’t always the case. My interviewee mentions that there are tons of guides online to building gaming rigs and doing so on a budget. Some of the more popular guides are from: tomsguide.com, pcmag.com, and various pc gaming message boards where people share deals and provide assistance to less experienced gamers about building computers. Building your own gaming rig from scratch allows the user to fine tune their machine and it often lowers the total cost significantly. Some online computer component stores are: newegg.com, tigerdirect.ca, and canadacomputers.com (for users like myself north of the border). When asked about places like BestBuy, my interviewee said these weren’t usually the best places to purchase gaming rigs, since they are harder to upgrade and large scale commercial electronic stores are often viewed negatively by the gaming community.

Although the gaming rig is an important foundation for gamers, it isn’t the only thing needed to contribute information to the community. Streaming game sessions is becoming extremely popular amongst the gaming community according to my interviewee. Gamers can stream gameplay over websites like Twitch.tv (the most popular gaming streaming service). To do this, gamers need to either have a video capture card built into their gaming rig, or something like a Live Gamer Portable or an Elgato. These external devices allow gamers to record their gameplay sessions to SD cards (the same cards that are used in digital cameras) and also to stream to Twitch.tv. At a cost of approximately $120-$150, these devices are not expensive for the average gamer looking to record their gaming sessions and prove to be extremely powerful tools to get information to the community.

According to my interviewee, watching other gamers play games is quickly becoming a popular past time, especially with the invention of esports games like League of Legends and DoTA 2. Esport games are competitive games and are often viewed by spectators like traditional sporting events. These games are very difficult and have a high learning curve. According to the League of Legends Stats and Rankings, League of Legends professionals are playing at the highest level (usually the top 0.02% of the entire games population). They are featured on Twitch.tv and play on fully sponsored teams. When gamers play on a professional level this often supports them financially as a career. The North American League Cup Series offered a prize purse of $1 million in 2014 (Ze, 2014). Since most gamers are not at this level of expertise, they use Twitch.tv to learn better strategy and adopt better skills to improve their own game play. This was only possible with technology like Twitch.tv since gaming isn’t shown on traditional television. Even the communication software that we used to conduct the interview (Skype) was mentioned in our interview about technology. The ability for gamers to communicate verbally, either instructions or socially, has had a huge impact on the communication and collaborative nature of games. Skype is a popular and affordable (free) form of voice communication software utilized by more than just gamers. Professionals and everyday users looking to avoid costly telephone bills use this software as well. Among gamers, my interviewee mentioned software like TeamSpeak, Ventrilo, and Mumble are used instead of Skype. For gamers, these 3 softwares are popular because of their push to talk capabilities, allowing communication to happen only when a certain button on the keyboard is pressed. This avoids any unwanted background noise, breathing, or other distractions that naturally happen when speaking. Unlike Skype however, these are often based on a monthly subscription fee, since they are hosted on servers by independent service providers.

As you can see, the gaming community makes extensive use of technology, not only to play games but to share information within the community. It is important that gamers remain up to date with technological trends since games constantly require newer and better hardware to run effectively. The good news however, is that technology is becoming increasingly affordable and there are plenty of options available to gamers to purchase and access new technology, as my interviewee has explained.