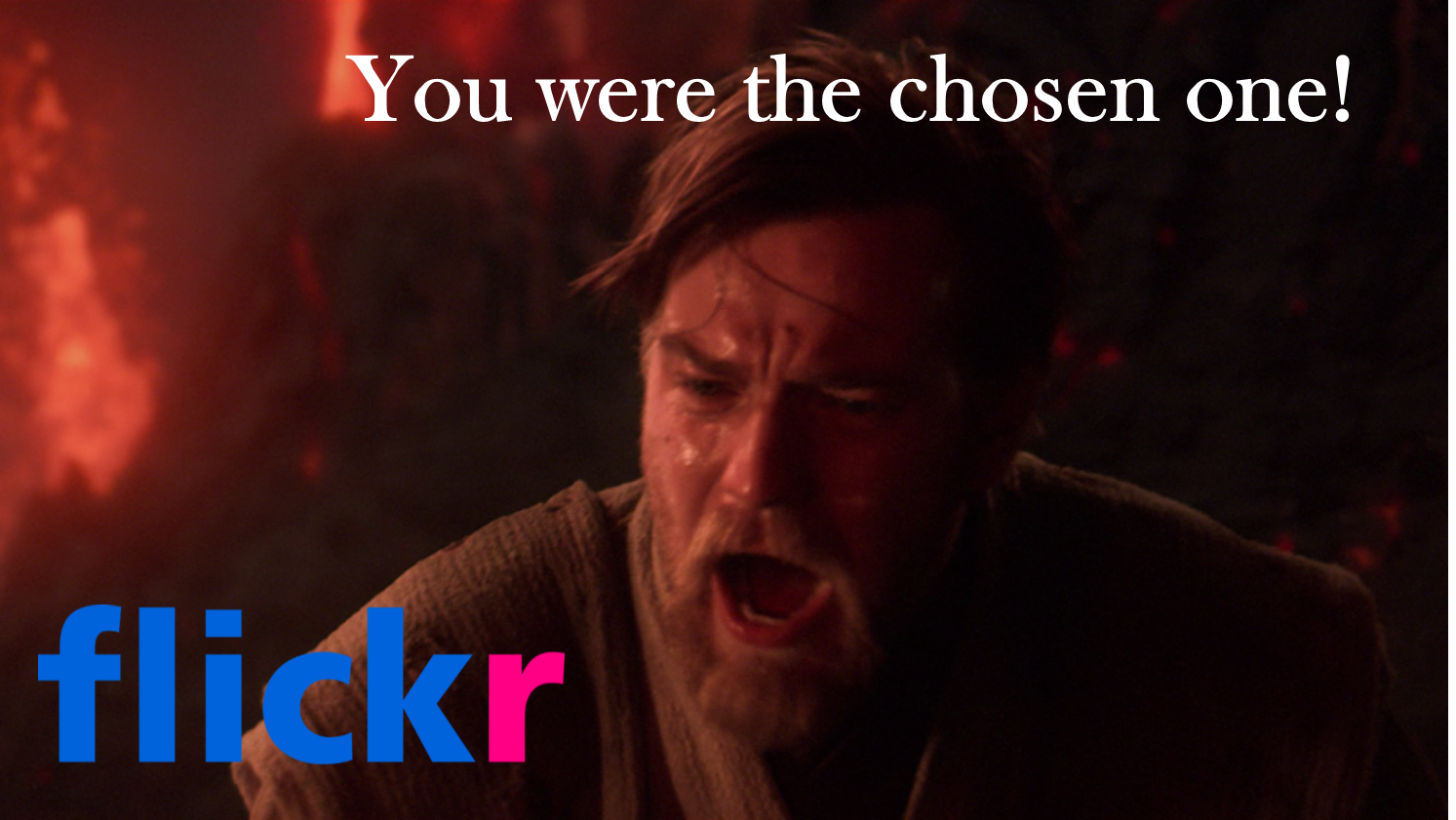 In preparation for my trip to Japan, I was on the hunt for the best platform for travel photo sharing. I thought that was going to be Flickr.

I had long forgotten about Flickr until I read a recent review about it. They offer users a staggering 1TB worth of photo storage. THAT’S RIGHT, 1TB OF FULL RESOLUTION STORAGE. Other photo sharing sites like Google Photos offer unlimited photo storage but at a reduced resolution. Amazon Photos does offer unlimited high-resolution photo storage but it is subscription based (unless you have Amazon Prime). Even then, Amazon Photos doesn’t have good album sharing capabilities (in my honest opinion).

I downloaded the app and was blown away by its usability and the user interface. I was sold, I found the platform to share my Japan adventure photos to the world with. I was preparing a blog post comparing Flickr, Google Photos, and Amazon Photos. Life was preeeetty good… Until I received the following email. 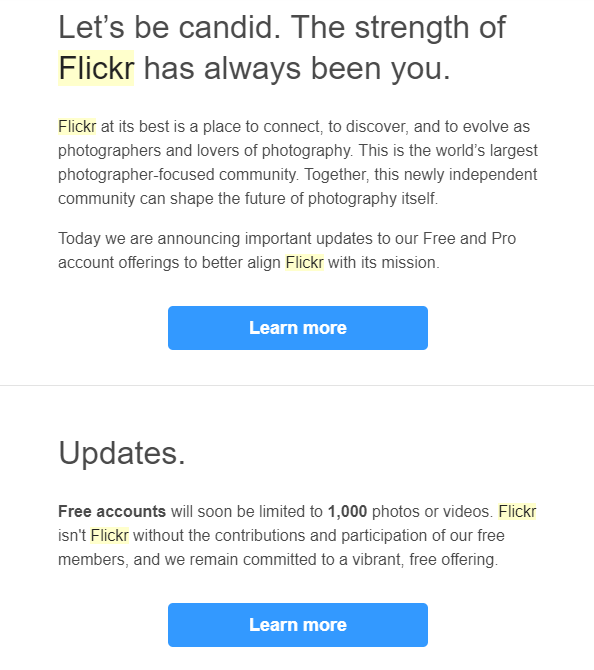 So, no more than a week or two after I was sold on Flickr as my photo sharing choice. They decide to limit users with free accounts to only 1000 photos or videos. On top of that, users who exceed the 1000 photo limit, without upgrading to a paid subscription to the service, are going to start having their photos deleted! This is actually horrifying and I read countless responses on social media about people rushing to remove their photos before the February 5th, 2019 deletion deadline. Although people have until February 5th to reduce their account to 1000 photos, they will no longer be able to upload more than 1000 photos on their free account by January 8, 2019.

On Reddit, countless threads have been opened about concerns and backlash against Flickr’s decision.

On Twitter, the outlook is equally bleak with many users sharing their frustration with Flickr’s decision to limit free accounts to 1000 photos.

Flickr claims that it doesn’t want their platform to be used as a photo backup service but I think that’s a bogus excuse. Your mobile app has a feature for backing up photos on Wifi.

I’ve only been a member since October of this year (2018) but I’ve already accumulated over 1300 images. Call me a hoarder but that was due in large part to the feature offered by Flickr’s app. What was great however was the 1 TB of data storage they allowed. Flickr claims that more than 97% of free users have less than 1000 photos on their account. That means this decision is being made to limit less than 3% of their user base. The following explanation was given by Flickr:

In 2013, Yahoo lost sight of what makes Flickr truly special and responded to a changing landscape in online photo sharing by giving every Flickr user a staggering terabyte of free storage. This, and numerous related changes to the Flickr product during that time, had strongly negative consequences.

Okay Flickr, what negative consequences are there, that you will seriously start deleting photos of your users (and only less than 3% of your total user base!)?

Call me crazy but in my mind, these are awful decisions to make when it only affects less than 3% of your users.

Take your photos and run! Get your photos and videos out of Flickr ASAP, especially before the February 5th, 2019 deadline. Any company willing to start deleting your photo history (in my mind) is not one you want to be dealing with. They are essentially holding your photos hostage. Pay us for a pro-subscription or we will delete your stuff.

My recommendation? Move to Google Photos. Yes, you are giving your photos to Google but it is free and unlimited. There is a loss of resolution but it isn’t a bad option when backing up your photos from mobile. Hey, at least you have them if your phone craps out on you.

What am I doing? I’m using both Google Photos and Amazon Photos (through my Prime account). I will be using Google Photos to share photos while I’m in Japan and Amazon Photos will be used solely to back up my photos in their full resolution. Will this affect me? Not really, I loved the Flickr interface but I’m not willing to deal with their choice to delete people’s photos. That is really disturbing to me. So instead of one app, I’ll be using two. I recommend you do the same.

Move your photos from Flickr to Google Photos and Amazon Photos (both if possible).

I made this review about a week before Flickr’s decision. I might as well use it.