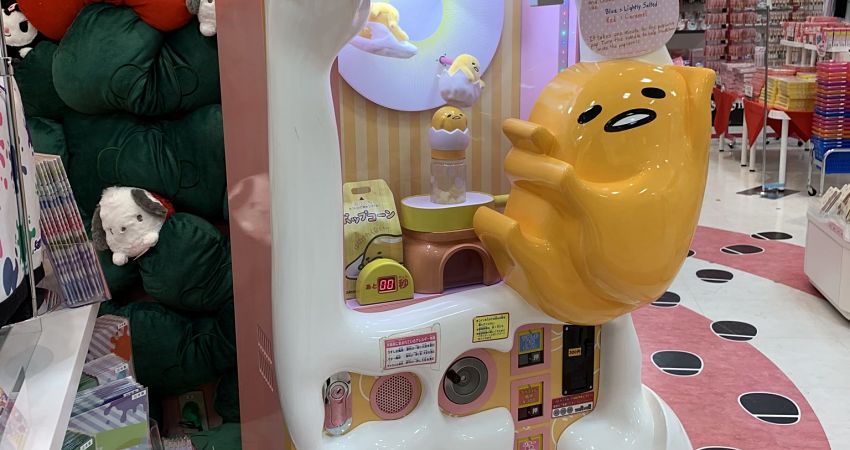 When I got to Japan one of the first things I noticed was that they had a $*%# ton of vending machines. They are literally everywhere, and they sell almost anything. My purchases from vending machines were mostly of the liquid variety and most machines sell both hot and cold beverages. I was in love! The ability to grab a hot coffee at any time of day was an empowering feeling as a coffee drinker. Move over Tim Hortons and Starbucks, there is a new king in town, and this time, it is automated!

Japan’s fascination with vending machines is an interesting one, and it is something we will explore in greater detail in this post.

While Japan has a fascination with vending machines, why do I? and why write a blog post about it now?

Terry O’Reilly and the Vending Machine

Coincidence is a funny thing. A few weeks ago at Carleton University, Terry O’Reilly, a Canadian broadcast producer and personality, probably best known for his CBC podcast called Under the Influence, was giving a presentation about the power of Storytelling.

I was first introduced to O’Reilly during my time at Algonquin College’s Library and Information Technician diploma in a marketing class in my final year. Since then (2012) however, I admittedly stopped listening to the show but in preparing for his presentation I went back and started listening again. Timely as it was, I listened to season 8, episode 4 titled “Vending Machines: Coin-Operated Marketing“. In this episode, the Japanese vending machine industry was discussed at great length.

Hello Ottawa. Nice to be back. Looking forward to speaking tmrw at Carleton University. 🎤

But why are they so popular in Japan? One author suggests that the popularity of vending machines are because of three factors, high land prices, high labour costs, and low crime rates. Low crime rates tend to be one of the biggest factors in the success of the vending machine in the land of the rising sun.

Vandalism on the Streets of Japan

While visiting Japan this was one of the things I was very conscious of. There seemed to be very little to no visible vandalism on the streets. That said, I would often see stickers plastered on objects at various points around Japan. Can you really call these stickers vandalism? To me, it’s an interesting kind of guest book. It makes me sad that I didn’t bring any of my own stickers to add to the party!

Even around Shyla‘s quiet neighbourhood, vending machines are abundant.

If you visit Japan, you might notice that it is a very clean place! What makes this really interesting is that there is a serious lack of trash/recycling bins in public places. Even with garbage bins lacking, it remains one of the cleanest places I have ever visited. It’s a strange thing to think about. Perhaps people are more conscious about garbage in Japan, or people just care more about their surroundings. Either way, trash/recycling bins, although limited, can often be found around vending machines or convenience stores. Got garbage? I suggest finding a vending machine or convenience store.

If you have the chance to visit Japan you will no doubt encounter at least one of the 5.4 million vending machines scattered across the country. Like many other cultural and social aspects of the country I experienced, I wish I had the chance to research why these things became so popular in Japan. Perhaps then I would have appreciated the machine and the industry more than the hot can of coffee I got for ¥130.