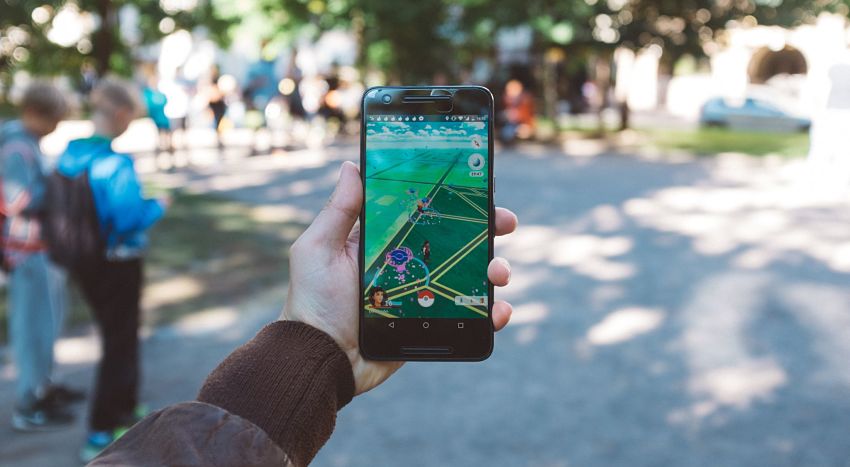 Have you ever thought about what a game is? Have you ever tried to define it? The answer is most likely, no. But in INFO 287: Gamification of Information at San José State University I did that.

This blog post will include a working definition of a game. It draws on the literature from my coursework at SJSU as the basis for my definition. I will also discuss why I included the various elements in how I defined what makes a game, a game.

My definition of a game

A game is when one or more players knowingly compete against each other, or a common game mechanic to complete an abstract challenge, where engagement in the challenge elicits an emotional response from the players. All the while working within a defined set of rules which have been agreed upon by all players.

Discussion of my definition of “a game”

Throughout the literature, there is a common agreement that defining a game is very difficult as many researchers define the term ‘game‘ differently.

Katie Salen and Eric Zimmerman define a game as, “…a system in which players engage in an artificial conflict, defined by rules, that results in a quantifiable outcome” (as cited in Kapp, 2012).

Although this definition of a game is good, I drew more inspiration from Ralph Koster’s work A theory of fun which states, “a game is a system in which players engage in an abstract challenge, defined by rules, interactivity, and feedback, that results in a quantifiable outcome often eliciting an emotional reaction” (as cited in Kapp, 2012).

Specifically, I prefer the term ‘abstract challenge’ in Koster’s definition of a game to that of Salen and Zimmerman who use the term, ‘artificial conflict’. While the term conflict can be used in many games, it didn’t have as much universal appeal to that of ‘abstract challenge’, which I thought applied more to a larger number of games, such as Solitaire and other single player games, and those where conflict is not a necessary condition to victory within a game.

Both Salen and Zimmerman as well as Koster’s definition of a game were also somewhat restrictive in their definition of players. Both definitions ignore single player games, which I included in my own definition of the term ‘game’. Michael and Chen (2005) argue that many definitions of games need “competition, one or more players, or teams to ‘win’” (p. 18). This is why I chose to include the phrase “one or more players” into my own definition of ‘game’. Clark Apt addresses the limitations of such definitions because many definitions of a game do not account for team-based games, where players are not adversaries and are instead cooperating to achieve a common goal (p. 18). For this reason, I have included a few choice words, such as “compete against each other, or a common game mechanic”, which broadens the definition of a game from conflict and adversary to include team and cooperative games.

I have also included the idea that Jane McGonigal addresses in Reality is broken, which is that players must be voluntary participants in gameplay. The players must know that they are playing a game and must agree upon the goal, the rules, and the feedback (p. 21). I have addressed this idea of gameplay by adding “one or more players knowingly compete against each other, or a common game mechanic” as well as “working within a defined set of rules agreed upon by all players”. By including this statement it ensures that all players are on common ground when playing the game (McGonigal, 2011, p. 21).

One final aspect of defining a game that I wanted to include in my definition is that games should elicit an emotional response from the players. I wanted to include this in my definition because that this is one of the key motivators of people playing games. These emotional responses are wide-ranging, from the joy of victory to the disappointment of defeat and a large spectrum in between. This is something left out of Jane McGonigal’s definition of the traits of a game but I would argue it is one of the most important. According to Michael and Chen (2005), games do not have to be fun, but it is crucial in players taking part voluntarily, whether this is through past experiences with the game or in anticipation of playing. If a game is not fun there is less of a chance for the player to voluntarily take part in the game (p. 20).

All the definitions of a game explored in the literature include the need to give players a set of rules. These rules make the game fair for all players. McGonigal (2011) argues that rules also push players to explore “previously uncharted possibility spaces. They unleash creativity and foster strategic thinking” (p. 21). I have included “a defined set of rules which have been agreed upon by all players” to allow players to make slight changes to the rules (sometimes called house rules) to make gameplay more enjoyable. As long as all players agree this continues to make the game fair for all players.

Drawing on the research of Kapp (2012), McGonigal (2011), and Michael & Chen (2005) I have compiled a working definition of a game that incorporates what I would argue are the essential elements of a game. To review, I argue that a game is: when one or more players knowingly compete against each other, or a common game mechanic to complete an abstract challenge, where engagement in the challenge elicits an emotional response from the players. All the while working within a defined set of rules which have been agreed upon by all players.

McGonigal, J. (2011). Reality is broken: Why games make us better and how they can change the world. NY: Penguin Press.

Photo by David Grandmougin on Unsplash